Researchers have made some major breakthroughs in narrowing down the causes of autism!

The causes of autism have long been discussed and studied among scientists around the world, but now we’re even closer to narrowing down the reasons. Autism has been incorrectly linked to a variety of different things, including immunizations, bad parenting decisions, and even brain deficiencies. 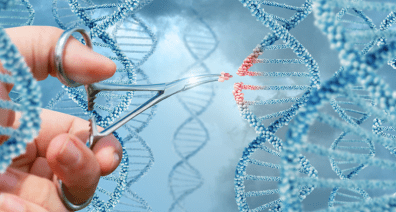 The CDD has recently increased its estimate of those with autism to 1 in 59 across America. This is a 15% increase over their last forecast of those with autism spectrum disorder (ASD). What isn’t clear is whether this increase is due to better and more accurate detection and identification methods, or whether there has been an increase in those developing autism.

However, now scientists believe that they may be one step closer to narrowing down something which contributes to autism. A new study which was published in the Journal of the American Medical Association has found that genetics play an important role in contributing to a child developing autism.

The study has found that over 80% of the risk of developing autism is from inherited genetic factors rather than environmental factors. Although scientists leading the study have warned that they can’t rule out completely, the environmental impact factors may have on whether or not a child develops autism.

While these findings are great news for those wishing to understand what contributes to autism, scientists have still only just begun to scratch the surface on the genetics of autism and what causes it. Scientists still haven’t been able to identify the specific genes which cause an increased risk of whether a child will develop autism. However, experts agree that if you or one of your children has autism, it’s essential to speak to your doctor or a genetic specialist if you are planning on having more children.